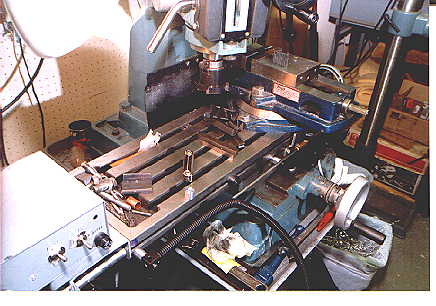 Three years ago I sold all my equipment and was transplanted to Arizona where the sun shines and I’m darn glad that I insulated and pegboarded my new shop (10′ X 20′) and installed a 7500 Btu A/C in the wall. Then I made Enco happy by buying a 12 X 36 lathe and mill/drill along with some other things (spending my kids’ inheritance). Other than being allowed to use a milling machine in a community college night course (what a treat) I had no experience except butchering a 1911 slide in a Palmgren attachment on my ex Logan 10″. Now I have my own mill drill.

As many others probably have before me I took note of advertisements in Home Shop Machinist for the “Shooting Star” DRO. I attended PRIME in 1997 and casually looked at one set up for demonstration. PRIME impressed me so much that I resolved to attend the NAMES show in Wyandotte MI this spring. Once again a “Shooting Star” DRO was set up for my perusal. Not being one to “strike while the iron is hot” it was 2 days after returning home before I FAXed my credit card number to British Columbia. About a month later the UPS man honked and the DRO was here. I was in the midst of a simple steam engine/boiler project (Ron Wing’s) that I had seen at NAMES (darn credit cards….). So installation of the DRO got put off (like soooo many other things around my shop).

This past week I got at it. The system consists of a rack (1/4″ diameter) supported at each end by a 3/4″ Al cube. One end is fixed, the other end floats. The X axis went pretty well, all machined surfaces to mount to. Drilled a #21 (10-32 tap drill) hole in a piece of steel that I used as a drill bushing so that both ends are parallel to the top of the table. The encoder rides on the rack and is mounted to the ways with two screws. Sort of scary-there is a small piece of Al flat stock that holds the rack to the encoder with a big yellow label that warns “Do not rotate the rack”. I’m still having bad dreams about what might have happened had I rotated anything. Perhaps akin to the pin on a hand grenade. The cast iron is a pleasure to tap. After drilling, I blew out the hole with my faithful WD-40. I used Tapmatic both in the hole and on the tap. When I was to depth, again I blew out the hole with WD-40. Could hardly wait to plug in the display unit -it worked. Great feeling……

The Y axis posed some problems since there were no machined surfaces to mount/measure to/from, all rough casting surfaces. “Shooting Star” provided Al angles to use for mounting. I amputated one so that it would fit into a space between the ways on the left end of my M/D. I mounted the encoder first. My judgement of square is not too good. So when I got the encoder mounted I put a framing square across the table and measured down to each mounting cube. Had to shim the angle with a flat washer to bring the ends of the rack to the same level. I did not shorten the Y axis rack, figuring that the extra length might compensate for any (there has to be some) misalignment. The slit in the protective rack covering is in the horizontal position contrary to “Shooting Star’s” instruction. I saw no other way.

I am now in the process of making new dogpoint screws for the locking of the X axis. I had to make spacers long enough to go around the stop in the center of the way. The existing lock screws wanted to argue with the new rack so a longer pair of lockscrews are in order. Question-should I make or buy knobs. This is supposed to be a hobby, not a moneymaker so I’ll probably make the knobs. To knurl or flute-or both? It’s supposed to be fun isn’t it? Never really did like the fancy handles that were on there anyhow.

I suppose I should make some sort of accuracy check. I’ll calibrate my $10 dial indicator with my $12 1-2-3 blocks, that I checked with my $60 digital caliper and $6 micrometer (1950 vintage), checkingall that against my Enco Mill/drill dials and leadscrew. I’m sure that I won’t have a lot of room for argument. It’s supposed to be fun isn’t it?

I would really like to know what happens if the rack were rotated. Would I have to send the whole unit back to Canada? Would a tidal wave strike Phoenix? I have enough leftover rack to make a Z axis. No encoder and no room on the display though.

What’s next, ballscrews? They are getting some serious consideration. I have been corresponding with a couple of guys who’ve been that route. Taking the table off gives me chills up and down my spine. Others have done it, why not give it a try. Logically then, it would seem like CNC should follow. How else can I build a small IC engine? Philip Duclos I’m not. 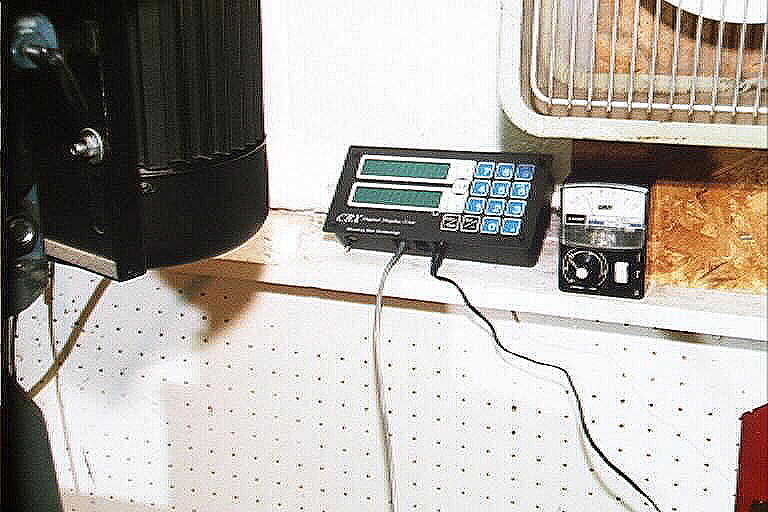 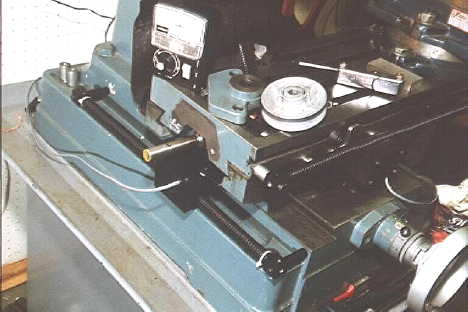