The Smithy CNC was a prototype. Each piece was cut to fit it’s own purpose. If I were to do it again, there would a few things that I would do a little different.

The mill column is from a Smithy 1220-XL,the original & a jack screw would have done as well. The carriage is the standard one that came with 1114-CM. The next time I would use the XL carriage instead of trying to lengthen the original carriage. The transistor switching for the auxiliaries would be replaced with optical isolator switches. The die grinder has a built in speed control, next time I would use a single speed and a speed control in the electrical panel.

Like I said, this was just a prototype to figure out all the mistakes that was possible to make. 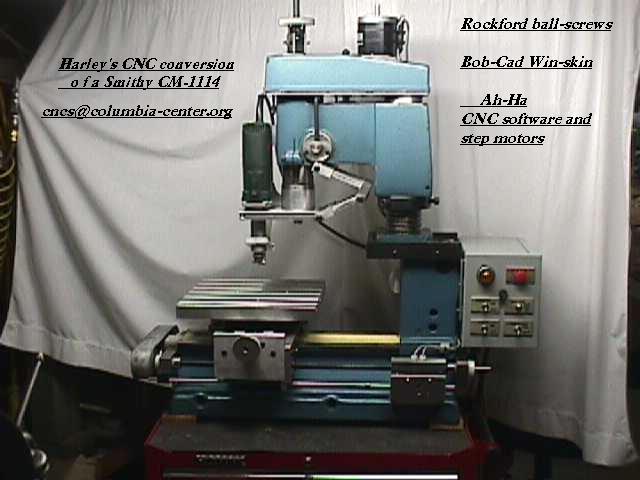